Situated in North Yorkshire, England, at the Ouse and Foss Rivers’ confluence approximately 32 km (20 miles) to the north-east of Leeds, the unitary authority area and city of York is historic county Yorkshire’s county town. 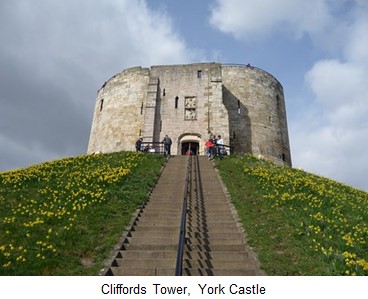 First founded as Eboracum by the Romans (71 AD), the city became a significant wool trading centre and the Church of England’s northern ecclesiastical capital (a role it retains to this day) during the Middle Ages and an important confectionery manufacturing centre and railway hub during the 19th and 20th Centuries.

Dominated by York Minster, its large Gothic cathedral, York offers a diversity of historic and modern architectural landmarks including, among many others, York Castle, which embraces multiple buildings including Cliffords Tower and the castle’s former prison, which is now the York Castle Museum; York’s medieval city walls, the Odeon Cinema, an example of Art-Deco-style architecture and Stonebow House, a 1960s “Brutalist-style” building. 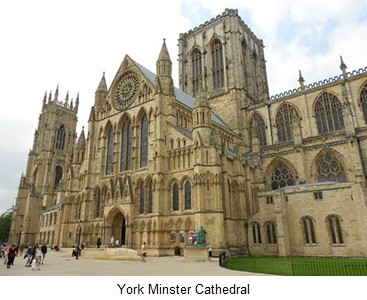 Other historic sites and museums include the Theatre Royal, St Mary’s Abbey, the medieval St William’s College, Bedern Hall and The Shambles, a medieval shopping street lined with tea rooms, boutiques and shops that is also home to the house and shrine of St Margaret Clitherow ( “the Pearl of York”), who was crushed to death for harbouring Roman Catholic priests in Elizabethan times); Yorkshire Museum & Gardens, Barley Hall and Fairfax House; Mansion House (historically the Lord Mayor’s home) and the Treasurer’s House, as well as the National Railway Museum, Jorvik Viking Centre, the “Richard III Experience”, York Art Gallery and the Merchant Adventurers’ Hall.

In addition to the Theatre Royal, York is also home to the Joseph Rowntree Theatre, Grand Opera House and the National Early Music Centre, which regularly hosts events, concerts, broadcasts and competitions. 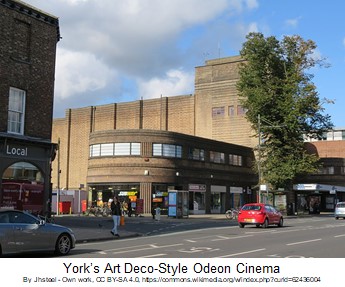 Educational institutions across the city include numerous primary, secondary and private schools, as well as two colleges – York College and Askham Bryan College – and two universities, the University of York, which includes a Department of Archaeology, graduate centres for 18th Century and Medieval studies and a medical school (Hull York Medical School) and York St John University.

The combination of York’s excellent educational facilities and its wealth of professional opportunities means the city has a constant influx of students and professionals of all ages – many of whom seek the convenience and affordability of shared housing.

Local landlords catering for this ever-increasing demand for houses in multiple occupation (or HMOs, as they are commonly referred to) must comply not only with the national HMO legislation brought into action in October 2018 but also face the intricacies of York City Council’s local HMO implementation policy.

This can make the process of licensing an HMO property in York a somewhat stressful, often confusing and frustrating undertaking.

HMO Advice York can help local landlords successfully apply for a York HMO licence without having to deal with this stress, frustration and confusion. Our unique HMO Management/Licensing Package provides all the helpful advice, guidance and hands-on support you need to ensure your property complies with all necessary standards and obtain your licence quickly and effectively. Learn more about it by calling our specialist team on 0330 1137 267 now.