Newcastle upon Tyne, or Newcastle, as it is commonly known, in Tyne & Wear is a North East England city on the River Tyne’s northern bank. Situated 13.7 km (8.5 miles) from the North Sea, 446 km (277 miles) to the north of London and 166 km (103 miles) to the south of Edinburgh, it is the North East’s most populous city and a member of both the UK’s Core Cities Group and the European cities’ “Eurocities” network. 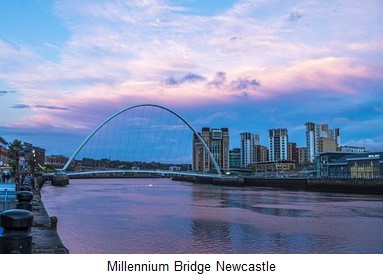 Developed around the Pons Aelius Roman settlement, Newcastle was named after the 11th Century castle built by William the Conqueror’s oldest son, Robert Curthose in 1080. Having grown into a significant wool trading centre during the 14th Century, Newcastle later became an important coal mining area.

Following the development of the city’s port during the 16th Century, the city became, together with shipyards further down the Tyne River, one of the largest shipbuilding & repair centres in the world. 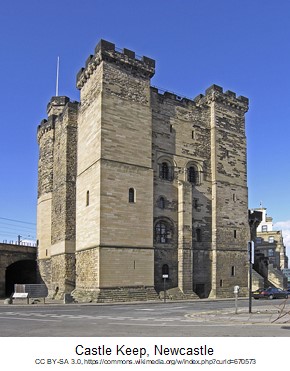 Boasting numerous historic and modern landmarks including, among others, Newcastle Castle, the Tyne Bridge, Millennium Bridge and the Castle Keep; the Theatre Royal and Avison Library; the “Arch to Chinatown”; Grey’s Monument, the 13th Century Black Gate and the Blackfriars friary, the city is also home to numerous museums and galleries including, for instance, the Biscuit Factory and the Discovery Museum; Great North Museum, Laing Art Gallery and the Seven Stories (Children’s Books) museum; the Life Science Centre, Stephenson Railway Museum, Side Gallery and many others.

Newcastle also has strong sporting traditions and St James’ Park, now the 7th largest football stadium in England, has been home to Newcastle United FC since it was first formed in 1892. The city is also home to non-league football teams in the city include Team Northumbria, West Allotment Celtic, Newcastle Benfield and Heaton Stannington and: 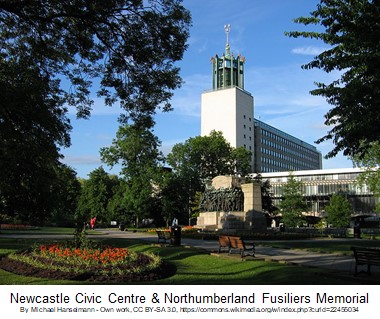 In addition to hosting many national and international sporting events, the city also regularly hosts a diversity of annual and biannual music, arts, other cultural and traveling fairs and festivals including, among many others, the Newcastle & Gateshead Comedy Festival, Newcastle Science Fest and “This is Tomorrow”; the Ouseburn Festival, Newcastle Beer Festival and the Evolution Festival; the North-East Art Expo, Northern Pride Festival and the Hoppings, Europe’s largest travelling fair.

In terms of education, Newcastle has a broad range of state and independent primary and secondary schools, as well as three colleges – Newcastle College, Walker Technology College and Newcastle Sixth Form College – and two universities, Northumbria University and Newcastle University, which is one of the UK’s largest research-intensive universities.

The city’s continuing economic growth and outstanding educational institutions generate a continual influx of professionals and students looking for affordable, shared accommodation, which has created a significant demand for HMOs (houses in multiple occupation). Landlords hoping to cater for this demand are invariably required to comply with national and local HMO licensing laws and standards.

In addition to properties offered as HMOs being subject to the latest national HMO legislation, Newcastle landlords wishing to license their properties must also comply with local rules and standards, which, in addition to different classes of planning permission being required for properties about to be converted into new HMOs, also include several Article 4 directions.

While Newcastle City Council does provide extensive guidance on the processes involved, this can at times leave landlords trying to apply for Newcastle HMO licences highly stressed, utterly confused and frustrated.

Offering a unique, extremely helpful HMO Management Package created based on our personal HMO licensing experiences, in-depth HMO and local knowledge, Newcastle HMO Advice can help you obtain an HMO licence for your property without all that stress, confusion and frustration. Call our HMO experts on 0330 1137 267 today to learn more.