Located 283 km (176 miles) north-west of London, on the Irish Sea’s Liverpool Bay, the port city of Liverpool is a metropolitan borough and the UK’s fifth-largest city. Separated from the Wirral Peninsula by the Mersey Estuary, the city borders Halewood (Knowsley), Prescot, Huyton and Kirkby to the east and Maghull (South Sefton), Crosby and Bootle to the north. 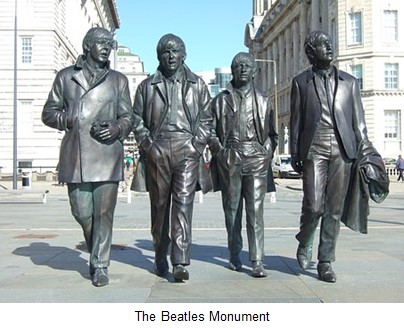 Noted for its transport links, architecture and culture, Liverpool is closely associated with music and the arts in general.

In addition to being home to the Beatles (a fact that has contributed much to Liverpool’s standing as a tourist destination), the city is renowned for continually “producing” a string of notable musicians, actors & actresses; comedians, novelists and artists; journalists, poets and sports personalities, as well as for being home to Premier League clubs Liverpool FC and Everton FC. 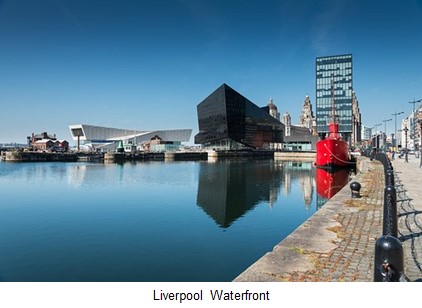 Home to Europe’s oldest Chinese community and the UK’s longest-standing black community, the city also boasts the UK’s second-highest number (with London having the highest) of listed buildings, national museums and art galleries, Liverpool also has more public sculptures and Georgian houses than any other destination (apart from Westminster) and the City of Bath respectively. 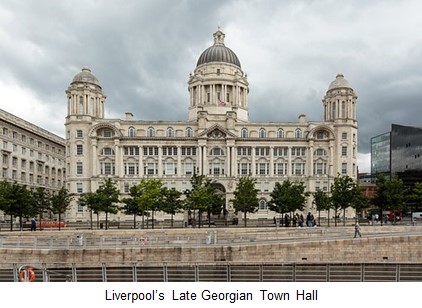 Such is the city’s architectural wealth that it was described as “the finest Victorian city” by English Heritage, and in 2004, the value of its design and architecture was recognised when multiple areas within its limits – collectively known as the “Liverpool Maritime Mercantile City” and including Albert Dock, William Brown Street and Pier Head – were declared a World Heritage Site by UNESCO. 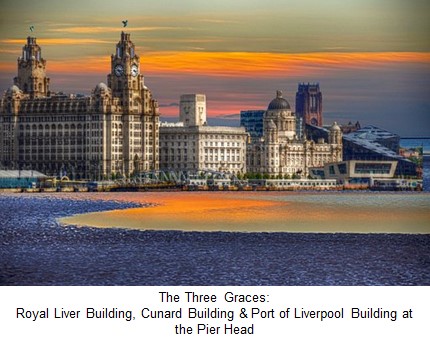 One of the UK’s most important ports and home to multiple international shipping lines’ headquarters, Liverpool boasts one of the UK’s largest economies. Dominated by private and public service sector industries including banking, education and finance; health, insurance and public administration, the city’s economy has, due to the Liverpool Knowledge Quarter’s establishment, in recent years also seen significant growth within the “knowledge sector” (life sciences, media, etc.).

Other important industry sectors include car manufacturing, tourism, leisure and retail, with the development of Liverpool One and the Echo Arena (now the M&S Arena) helping the city to become one of the UK’s top five retail destinations and an important cultural/leisure centre respectively.

Liverpool’s port city status has historically drawn a diverse population from all over the world, and its thriving economy and excellent educational establishments continue to do so to this day. As such, there are many professionals and students seeking the convenience and cost-effectiveness of shared (HMO) lodgings. Local landlords offering multiple occupation accommodation must obtain HMO licences for their properties.

Legislation changes brought into action on the 1st of October 2018 now mean landlords in Liverpool, as indeed across the UK, must obtain an HMO licence for properties occupied by five or more individuals forming at least two separate households (i.e. couples, families and/or individuals) and sharing facilities like a kitchen, bathroom, etc.

In addition, Liverpool City Council has brought an “Article 4 Direction” into action. Applying to the Dales area (L15), this direction aims to control future HMO numbers/concentrations to prevent clustering and/or bringing an area’s make up into imbalance by removing specific “permitted development rights” and requiring application for planning permission (which may or may not be granted at the council’s discretion) from landlords wishing to change family dwellings to HMOs. More detailed information on this can be found here.

Boasting years of experience and extensive know-how in the field of HMO licensing, HMO Advice Liverpool offer a unique HMO Management Package designed to help local landlords comply with all necessary conditions and successfully apply for HMO licences. Give us a call on 0330 1137 267 today to learn more.