HMO Advice: Our HMO Agency Manchester team has the know-how and experience to help local landlords comply with HMO Licence Manchester requirements and successfully apply for their HMO Manchester licence.

Frequently referred to as the North West’s Capital, the Greater Manchester metropolitan borough and city of Manchester is situated approximately 336 km (209 miles) north-west of London and around 57 km (35 miles) east of Liverpool. 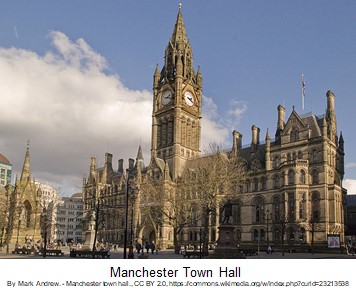 Fringed by the Pennines in the east and north and the Cheshire Plains in the south and especially notable for its culture, architecture & musical exports; media links, engineering & scientific output, sports clubs, transport connections and social impact, Manchester is the UK’s third-most visited city (after Edinburgh and London).

Boasting a history dating as far back as 79 AD and known as the Industrial Revolution’s “birthplace”, it is also a city of “firsts”, because its Liverpool Road station was the first passenger inter-city railway station in the world, and it was in Manchester that scientists first: 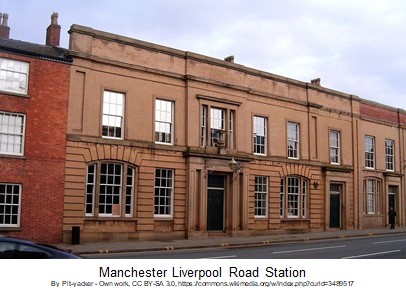 The city’s impressive history is well reflected in numerous listed buildings, many of which hark back to and feature the characteristic red bricks used during the period when Manchester was a global cotton trade centre; a diversity of monuments and museums including, among others, the Museum of Science and Industry, Museum of Transport, Manchester Museum and the Imperial War Museum (IWM) North; the People’s History Museum, Manchester Jewish Museum, Greater Manchester Police (GMP) Museum and the National Football Museum.

Home to two of the world’s most renowned Premier League clubs, Manchester United & Manchester City, the city has hosted numerous major football competitions, as well as the Commonwealth Games (2002)for which several first class facilities, including the Manchester Aquatics Centre, City of Manchester (Etihad) Stadium and the National Squash Centre, were built. 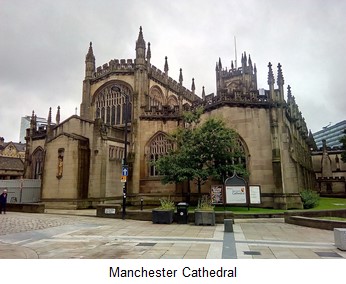 Other major sporting venues in the city include the National Cycling Centre, Old Trafford Cricket Ground and Manchester Arena, which is also renowned as the largest music venue of its type in Europe and the world’s busiest indoor concert arena, ahead of London’s O2 Arena and Madison Square Garden (New York).

Famed for its thriving cultural, performing arts and musical scene, Manchester is also home to many other music venues including, among others, the Albert Hall, Manchester Apollo and Manchester Academy, as well as the Manchester Opera House, the Palace and Royal Exchange Theatres and two symphony orchestras, the BBC Philharmonic and the Hallé Orchestra.

Host of the biennial Manchester International Arts Festival, the city also has a diversity of art galleries, 6 Local Nature Reserves, 135 gardens, open spaces and parks and a thriving nightlife with over 500 licensed premises including pubs, clubs and bars.

Continuing to be a fantastic place for innovation and industry, the city is now recognised as one of the leading business destinations in Europe and, having attracted more direct foreign investment than any other UK city apart from London over the past 10 years, is now home to a multitude (2,000+) foreign-owned companies. 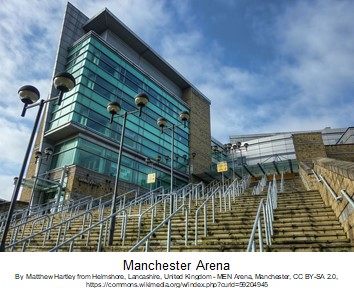 Offering excellent opportunities within industries including research, advanced engineering & manufacturing; life sciences, creative & digital technology; energy and environment, as well as professional, financial and business services, the city is also an outstanding centre of education, with establishments including the Manchester Metropolitan University, University of Manchester, Royal Northern College of Music and Chetham’s School of Music, as well as several notable high schools and colleges.

Considering the city’s thriving economy and exceptional educational facilities, it is of little wonder that the demand for cost-effective, convenient shared accommodation is high among students and professionals arriving in Manchester to seek employment.

Under current HMO licensing laws, landlords catering for this demand by offering houses to rent for multiple occupation (HMOs) must license said properties if they are occupied by 5 tenants or more and these tenants:

While Manchester currently does not have any additional licence schemes in place, landlords may also require selective licences within specific areas of the city.

Acquiring an HMO licence in Manchester requires landlords to comply with diverse regulations and properties must meet specific standards. This can make the process of obtaining such a licence somewhat complicated and occasionally both frustrating and confusing.

Combining years of hands-on experience and extensive knowledge in the field of HMO licensing with comprehensive local knowledge, HMO Advice have created a unique HMO Management & Licensing Package that will take the frustration and confusion out of your HMO licence application.

Discover how we can help you successfully apply for an HMO licence in Manchester by getting in touch with our HMO specialists on 0330 1137 267 today.